During E-day and the early hours of counting, there are a few indicators that could help us discern the election trends before the full counting is done.

First and foremost are the participation numbers! Indeed these numbers are critical, especially for major parties, like FM, FPM, LF and Hezbollah and Amal.

For example, in 2009 in Beirut III district only 38% voted. In this election, FM needs to raise this into the mid-forties to ensure that most of the small lists will not reach the threshold, thus raising the number of seats FM will win. Similarly, in Tripoli and Akkar, the more people vote the better it is for FM. In Saida, it is even more important. In 2009, 68% voted, and for FM to get a shot at another seat they need to raise participation into the sixties.

In the same trend, Hezbollah and Amal need to raise the participation numbers in the two south districts and Baalebeck-Hermel to limit FM and the independent ability to gain seats. The more their constituencies vote, the higher the threshold, and the harder it is for independent to breakthrough.

An important caveat here: If the first time voters’ participation increases, this could have an opposite effect. Indeed, these voters could shore up the numbers of civil society’s lists and their chances of winning seats.

Find below the list of participation per district (based on several sources, such as the interior ministry and the NDI 2009 report on the Lebanese election) : 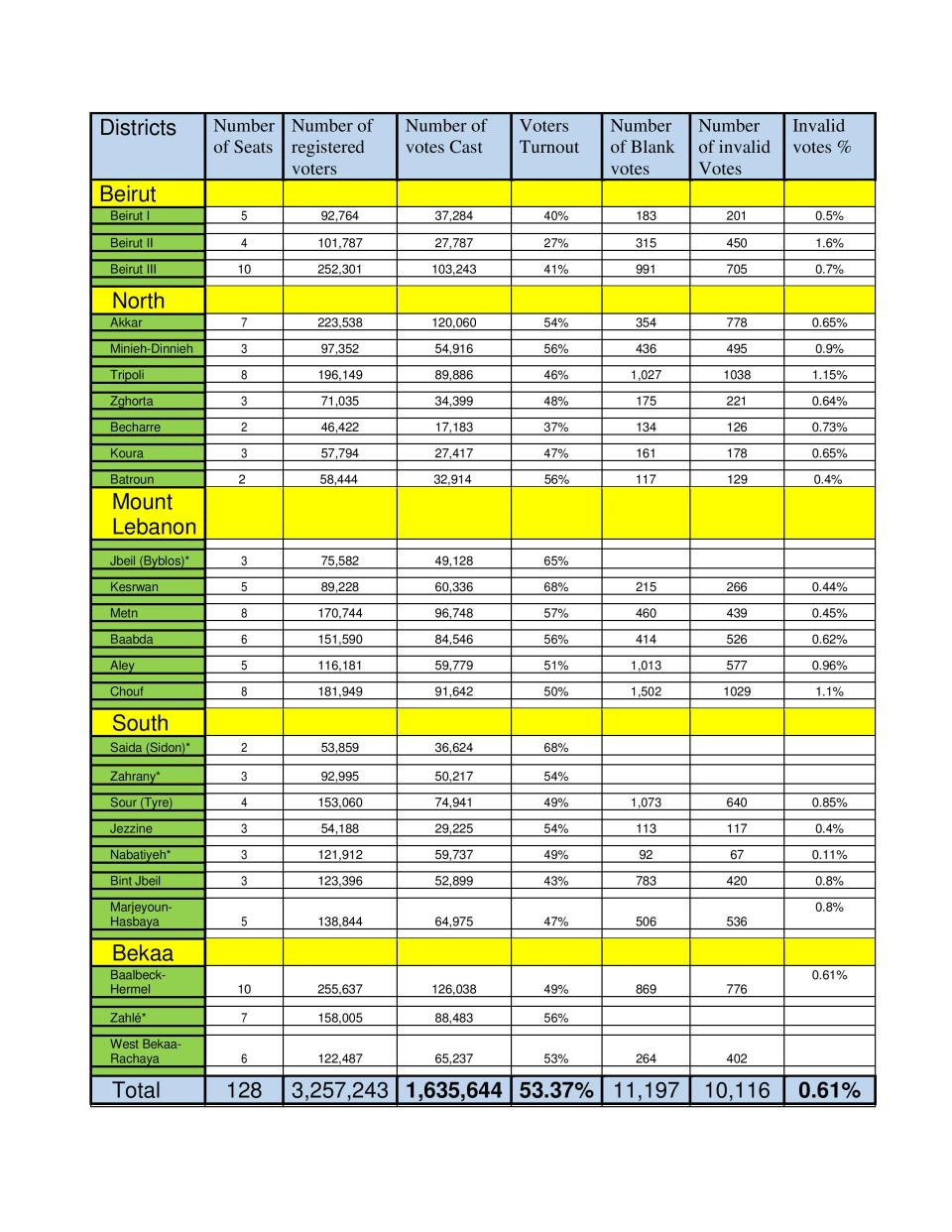