in this poll of Zhaleh district balance of power, made by Kamal Fghaleh, published in Al-Akhbar Newspaper, several pertinent points can be made, but first i will summarize the main findings, and you can check the link and the picture below for full details:

1- The projected threshold in this district is 16,360 achievable by many lists, especially if they work together.
2- Future Movement has the largest project share with 28,000 votes, which translates into 1.7 seats.
3- Zahleh is under a big spot light. In 2009 it was highly contested and its seven seats gave March 14 the majority, when they won with 55% of the votes.
4- with its wide sectarian distribution, and with each having only one seat (except the Catholics with two votes), Zahleh can be considered as a small scale representation of Lebanon.
5- Unfortunately, this poll does not show how each sect voted. In other words, how much did FM get out of the Sunni votes, and how much did FPM get out of the Christian vote. These numbers are very important in determining the overall popularity of each party in their own sectarian base.
6- This is an old poll, I believe a lot has changed since then, but it gives us a data point that will be useful when more polls are published. 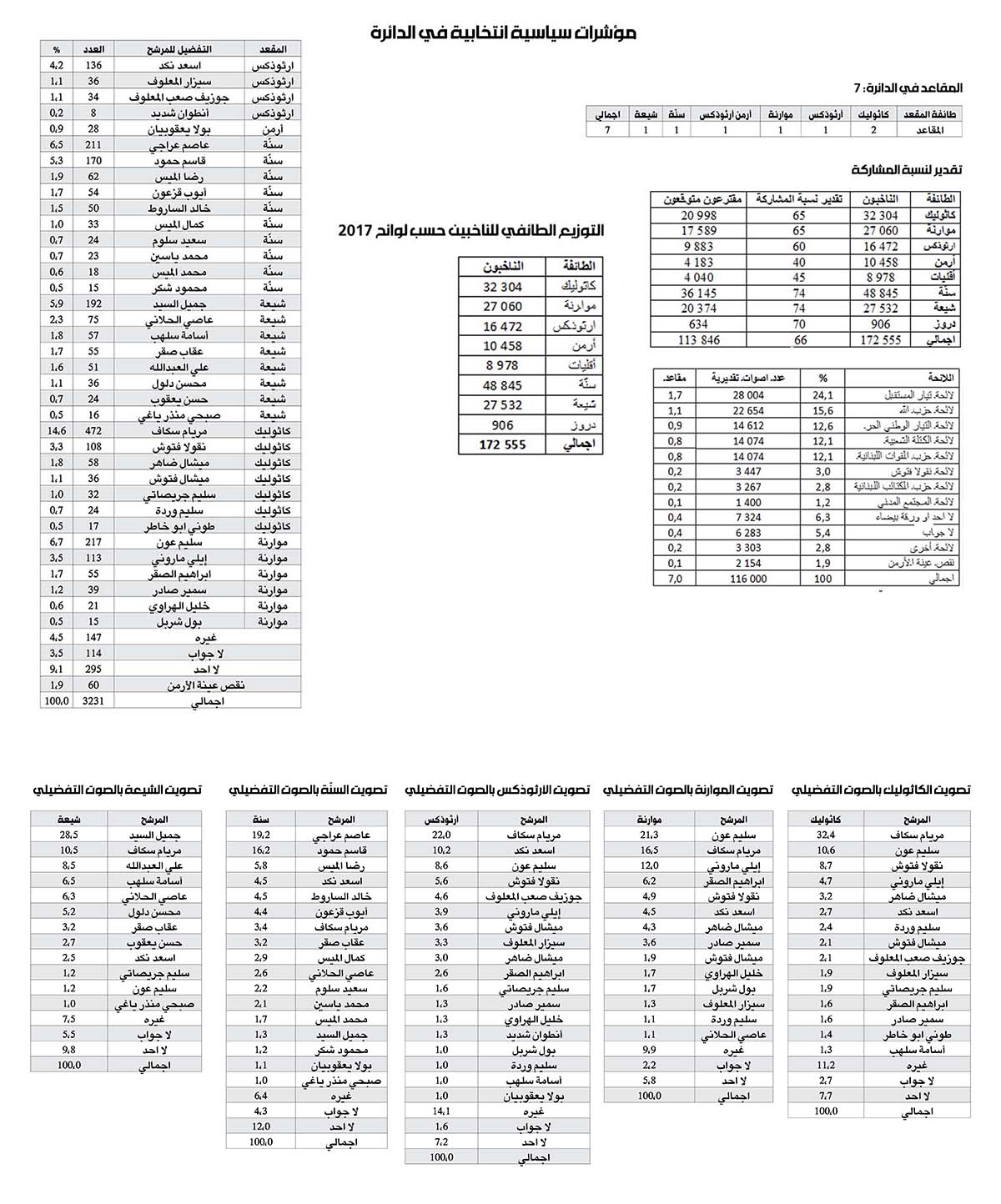